Two significant Advanced Planning features are being introduced with this release.

Stacked grid editing is a new feature that allows demand plan editing of multiple nodes within a level at one time.

The positive outcome of this feature is that it provides a more user friendly editing experience similar to how one would work in a spreadsheet.

The new editing component is only available within the Statistics tab. It may be used within the child statistics grid of a level and also when viewing the entire level and its nodes.

Please note that this feature only displays a maximum of 100 nodes within a level. You may either filter the selection in the statistics grids before enabling the edit feature or create a new hierarchy page that minimizes the number of nodes. We also recommend using the stacked grid with monthly buckets. Weekly buckets will take longer to process in the browser due to the volume of weekly data.

All locking rules described in  Locking of Demand Plan Edits are also applied in the stacked grid.

To enable the editing option, click on the "Switch to Edit Mode" button.

Before editing, you may also filter down the selection.

In edit mode, there are three options:

Below is a brief video displaying the functionality.

As noted above, the editing capability is also available when viewing all nodes within a level at once. In the image below, the level "Customer" is selected and upon clicking the edit mode option, all demand plans within the "Customer" level may now be edited.

This is the first Stacked Grid release of two. There will be a second planned release in a couple of weeks that will introduce percentages as a means to distribute demand.

The next feature being released is a new multi-entity waterfall grid with charting. This builds on the previously released waterfall functionality.

The positive outcome of this feature is that it allows users to create a chart that compares different plans against one another. This is important because it provides a quick and easy way to compare different plans over time against actual performance often used during S&OP meetings.

The waterfall plan types have been expanded to include:

The image below shows the last 12 month actual as a bar chart.

Each row in the waterfall table is a plan, budget, or forecast at a certain point time forward.

Statistics and Total Plan are now being saved in the database. For past periods these entities will be 0 but will start saving going forward.

In the past the Base Plan value was the Total Plan. Going forward, these values are now separate.

All plan row snapshots are based on the last plan approval. 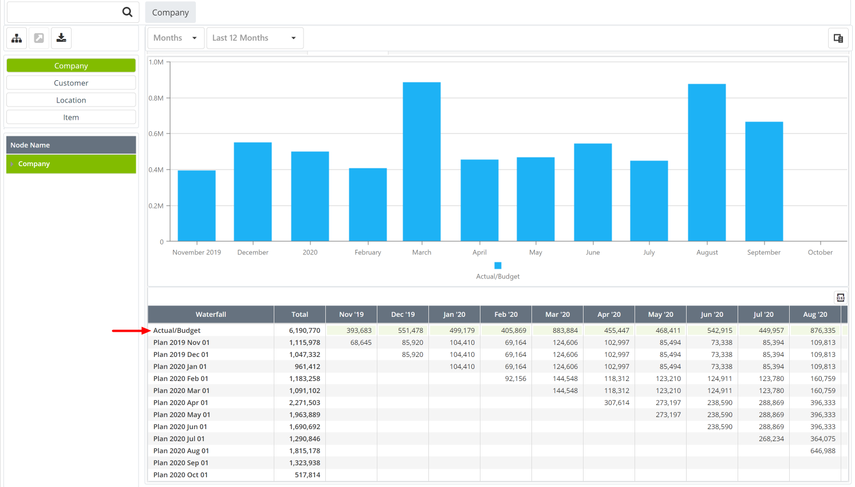 To add plan values to the chart, click the Waterfall Options button to open the options dialogue as shown. 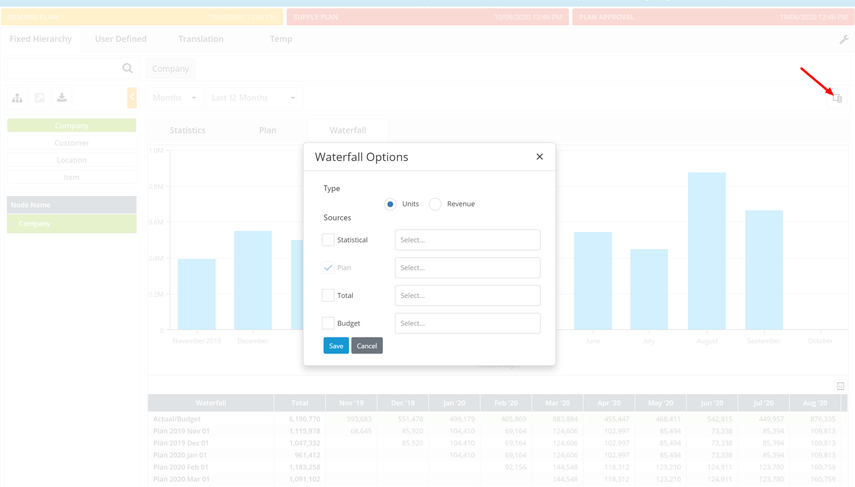 From the dialogue, select the plan sources to include in the chart. In the example below, the Nov 2019 Plan and Jul 2020 Plan are selected to compare to Actual. Click save to apply the plans in the chart. 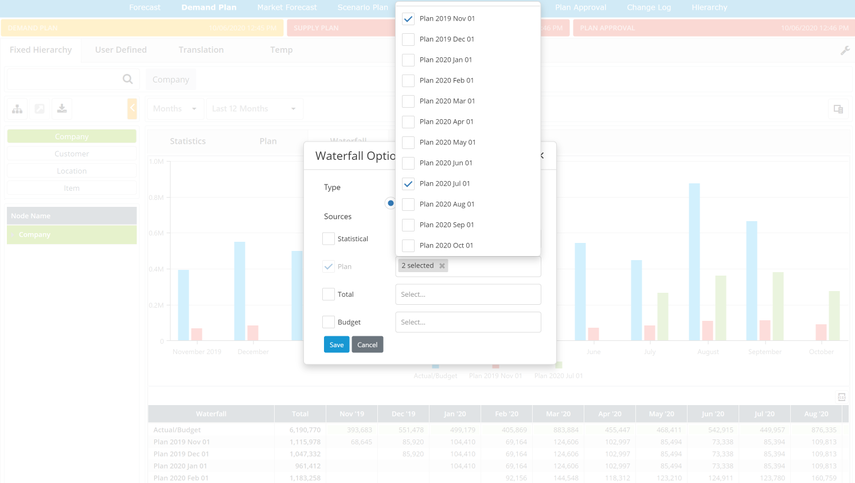 The resulting chart compares the Nov 2019 plan and Jul 2020 plan against actual in monthly buckets.

Once the plans are included in the chart, users may also click to toggle off and on the values within the chart. 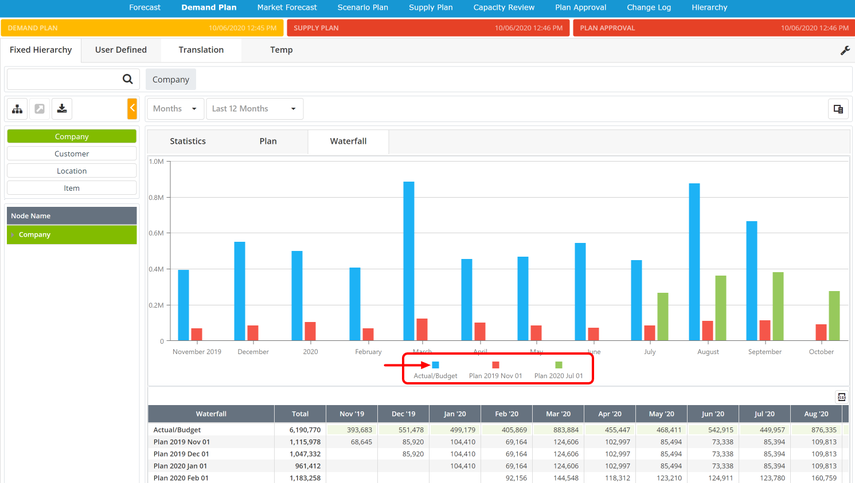